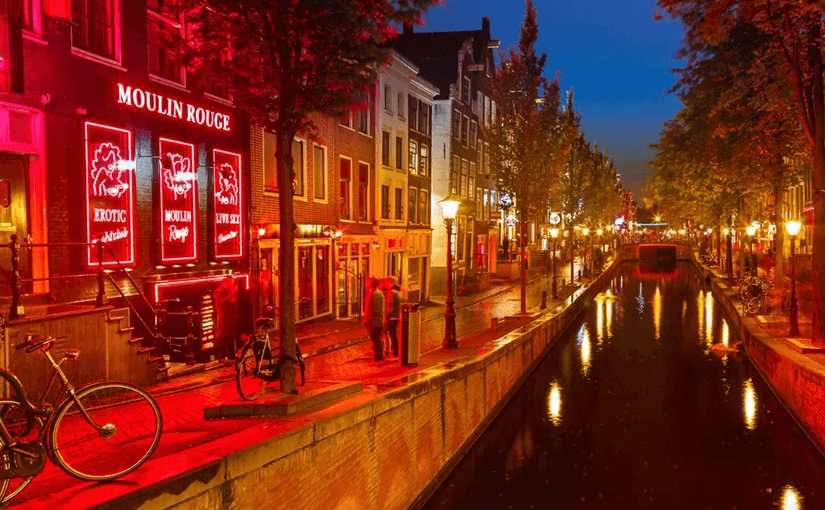 Just a 10-minute walk from the Central Station you will find the Red Light District of Amsterdam, famous since 1385 for being a highly commercial place, and since many sailors waited for their ships to be unloaded to start their journey again, several inns were created and around it, a whole business of alcoholic beverages, cigars and sexual pleasure developed, which was already very famous in the Middle Ages.

At that time, the prostitutes carried red lanterns to attract the attention of the sailors, taking them to the bars to carry out their sexual encounters, so that is why it was known as the red light district.

The oldest profession in the world was very common for the time, and in fact, it was not until the 19th century that it was associated with the poorest women in the city, lowering the status of those who did business there, so that, for a few years he had a very bad reputation.

At the beginning of the 20th century, prostitution in the red light district of Amsterdam had a new rise, and the city government decided, due to its commercial tradition and historical framework, to turn it into a tourist district, which was the first free place for entertainment, on the outskirts of the city, which is now internationally known.

Where is the red light district in Amsterdam?

The famous red light district in Amsterdam is located in the Netherlands, to the left of Amsterdam Central Station, between Dam Square, Damrak Street and Niewemarkt Square.

It has three districts, called De Wallen, Ruysdaelkade and Sigelgebied, the first being the best known and famous, due to its large number of shop windows in which the girls are displayed, in full view of those who are going to buy their services. 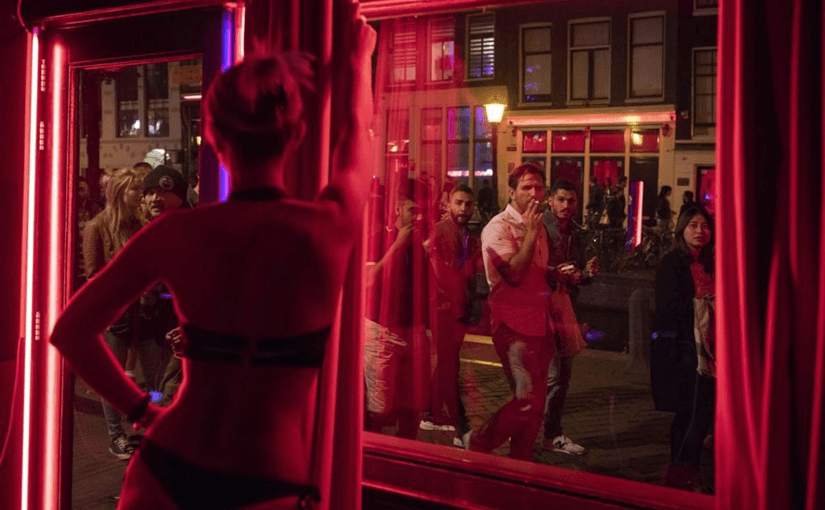 Since its origins, the red light district of Amsterdam has been specifically organized for fun and pleasure, so you will enjoy its architecture, which is basically made up of buildings whose windows do not have curtains, and in which you can see the girls some naked and others almost without clothes, showing off to find customers.

They rent the workplace, the ones on the first floor being more expensive, since they are more accessible to customers, however, on a weekend, even the girls on the top floors receive many visitors.

During the day you can stroll through the streets, on foot or by bicycle, and also enjoy the restaurants and Coffe Shops with greater tranquility. In the latter, marijuana is sold freely for consumption in the place, which cannot exceed 5 grams, and the sale of alcohol is not allowed there

You should know that in these cafes, you can really only have this drink, and natural juices, and you cannot bring tobacco. They have very strict opening and closing time regulations, in addition they cannot advertise cannabis, they cannot store more than 500 grams of Marijuana on the premises and they cannot cause disturbances inside or outside the premises and, of course, not Nothing is sold to minors . Failure to comply with the regulation exposes merchants to very severe penalties.

Various studies have shown that Cannabis consumption in Amsterdam is not higher than in other cities in Europe, thanks to these strict controls. 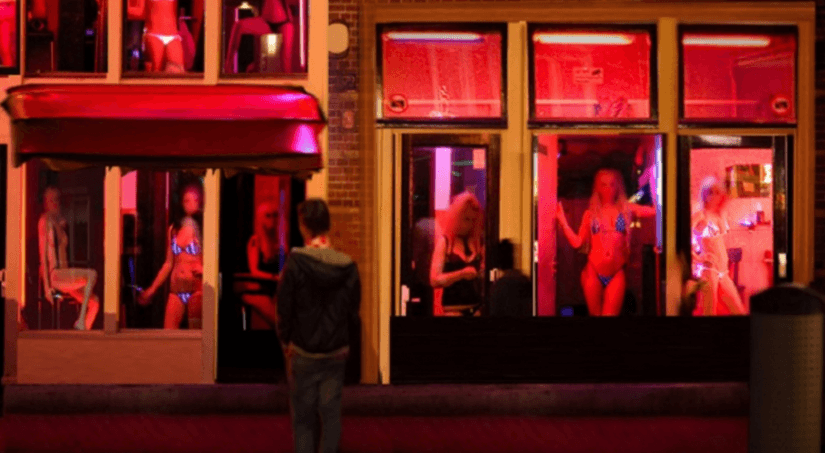 Although prostitution, alcohol and drugs operate freely in Amsterdam, there are specific regulations for each service. Any person over the age of 21 with a legal European passport can practice prostitution in Amsterdam, if they have previously registered with the Dutch Chamber of Commerce and after an entrance interview with the manager of the brothel where they are going to work, in order to avoid illegality and forced labor businesses.

Prostitutes in Amsterdam’s red-light district receive regular health checks from the government, and a pass to practice their trade. The use of condoms is mandatory and, in fact, it is included in the service charge, so when you enter with the girl you chose, she will have several for you.

You will also find that some call girls have a blue light instead of a red one in the shop windows, this is because they are transsexual, and, although they are not believe it, they are a highly desired service in the city.

In the city, lights and curtains always give important information:

If you go to the red light district, follow these recommendations: 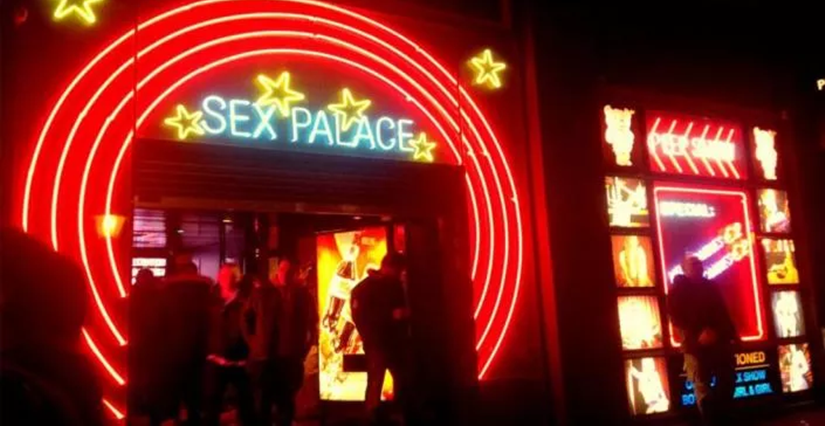 Visiting the red light district is quite interesting, but for a better experience, follow these recommendations:

The red light district of Amsterdam is very interesting, and obviously has many ways to have fun, so take it easy and have fun!

For more information about this great place to visit click here.